1156AM Marken near Amsterdam 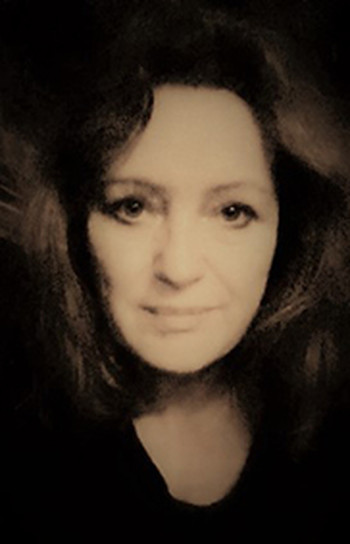 Marloes Der Kinderen was born in Eindhoven 1957. She studied Fine Art at the Academie St Joost in Hertogenbosch and in her early 20’s was running a modern art gallery in Eindhoven. Der Kinderen completed an education as a Fine Art teacher at TeHa Tex in Tilburg in the 1980’s taught at Jorislyceum Eindhoven and De Rooi Panne.

In 1984 she gave birth to her daughter, Suzan. However in the late 1980’s Der Kinderen developed a chronic, dehabilitating illness called Imerslund Gräsbeck syndrome which damaged her nervous system.

In spite of her ongoing health issues, Der Kinderen she established an itenerary Art School, Artedu, with courses and workshops in Holland, Belgium and six different locations in France which attracted leading artists such as Rob Nypels and Bert Verhoeff and held workshops drawing and painting, photography, music, philosophy and creative writing courses.

In 1998 Der Kinderen initiated a Maison d’Hôte, Bed & Breakfast and restaurant in La Grande Maison in Chanteuges, Auvergne; one of the sites of her Artedu workshops. Chanteuges has become a permanent centre for Artedu and also houses an atelier where Der Kinderen has finally had time to return to her own painting, collage and photographic works.

Der Kinderen currently splits her time between Chanteuges and a winter home on the ‘island’ of Marken, near Amsterdam